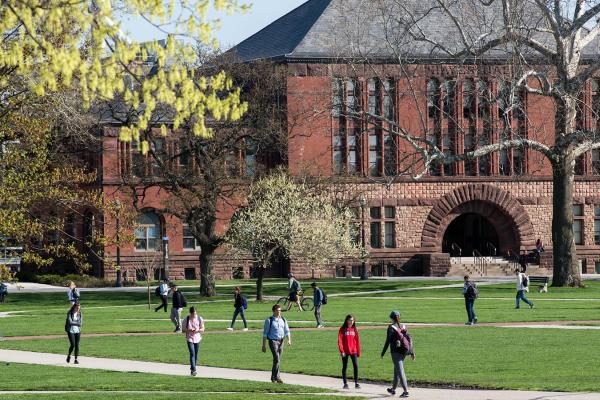 The Asian American Studies Program at Ohio State (AAS) strongly condemns the murders of six Asian/Asian American women – along with two other victims – by an Atlanta shooter on the night of March 16. We mourn the loss of life and keep the victims’ families in our thoughts at a time of unimaginable grief.

This tragedy is a terrible reminder of the violent and combined impact of white supremacy, misogyny, and patriarchy on Asian women, and the specific forms of racism that they have always faced in the United States and elsewhere.  Our communities are reeling.  In pain and grief, and in solidarity, we stand with them today.

AAS adds our voice to the various campus leaders and organizations calling on us all to support Asian/Asian American/APIDA members of the campus and central Ohio communities, to be vigilant against racism in all forms, and to participate in changing the climate all around us in the direction of justice.

Please bring your concerns and fears, your willingness to listen and support each other, and/or your ideas for next steps. We are in this together.

For scholars of Asian American history, culture, literature, and ideas, informed by decades of scholarship in ethnic studies, feminism and queer studies, we have an added task beyond calling for empathy: to remind the OSU community that although these incidents are horrific, they are not at all uncommon or unexpected.

The Atlanta murders take place in a year that has seen a sharp rise in hate crimes against Asians – in particular, people of East and Southeast Asian descent (and perceived to be such).

The coalition Stop AAPI Hate reports nearly 3800 instances of discrimination against Asians in the past year – including verbal harassment, physical assault, civil rights violations, and online harassment.  It is widely acknowledged that this number reflects only a fraction of the racist incidents Asian-Americans have had to face.

Severe anti-China rhetoric during the COVID-19 pandemic by ex-President Donald J. Trump, combined with a much longer bipartisan legacy of competition and conflict with China, has contributed to the ramping up of anti-Asian attacks.

But this larger context, too, rests on a much longer history in which anti-Asian racism has been constantly available as a way to scapegoat, demonize, and marginalize Asians as and when it suited the interests of U.S. elites.

Far from being “un-American” – as the well-meaning but incorrect phrase goes – anti-Asian hate has repeatedly served the function of marking us as “un-American” in order to define U.S. citizenship along narrow racial, cultural, and religious lines.

This history has always been about gender, sexuality, and class as well as race – and violence against Asian/Asian American women has to be understood as occurring at these intersections.

The Atlanta killer’s reported statements, full of racist misogyny, reflect views of Asian women that have long been prevalent in our society.   As the Circle for Asian American Literary Studies puts it in their statement, “Asian and Asian American women are routinely dehumanized, sexualized, and depicted as subservient objects of male violence in literature, popular culture, and public discourse.”

Selecting events from a long and complex history risks simplification.

And yet our collective knowledge of basic facts of historic violence against Asian/Asian American/APIDA persons is so little that it seems important to offer examples.

Please remember that within each of these examples, race, gender, sexuality, class and other aspects of social identity are intertwined, whether visible or not.

We challenge you to consider that a deep transformation in our society is necessary, to recognize that racism and white supremacy have many forms that are different but linked together.  That there are those who benefit from divide-and-conquer policies that see Asians as “forever foreigners” and make it easy to scapegoat us – and pit us against Black and Latinx and other people of color.  That in a world dominated by competition and war, racism is constantly rejuvenated to make some people feel “at home” while turning others into outsiders.

We challenge you to recognize the intersections of race, class, gender, and sexuality in the Atlanta crimes – defying simple assumptions about who Asians are and what anti-Asian racism looks like. We invite you to contest the idea that greater degrees of policing and surveillance will somehow protect Asian/Asian American/APIDA communities from violence.

We challenge you to recognize and engage in the hard work that needs to be done to transform this place, the United States of America, that was founded on genocide and land theft, slavery, and the exploitation of immigrant labor, and whose endless wars and global policies rest on the demonization of non-white peoples.

To our beloved community: these are devastating times, but you are not alone.  We hold you in our hearts, always.

The statement was also endorsed by OSU faculty members affiliated with Asian-American Studies: