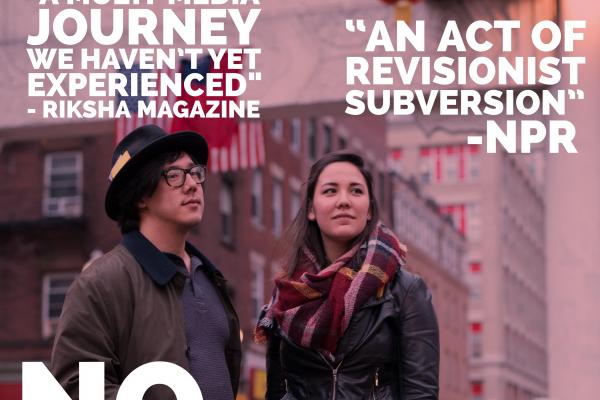 This event brought together over 30 undergraduate and graduate students, faculty from multiple disciplines, and members of the Columbus community to listen and speak with the members of No-No Boy. The event was sponsored by Asian American Studies and supported by the Multicultural Center. No-No Boy performed their folk songs, while video footage of the Japanese American internment camps and images from the Vietnam War were projected in the background. This project is an alternative dissertation project being completed at Brown University. Their songs were interspersed with aural narratives of Asian American experiences. They closed with a question and answer period, which allowed audience members to connect their own experiences of being a minority of Asian descent in the Midwest to the historical events raised during the performance.

No-No Boy is a multimedia music group by Julian Saporiti and Erin Aoyama. Taking inspiration from interviews with World War II Japanese Incarceration camp survivors, his own family’s history living through the Vietnam War, and many other stories of Asian American experience, Saporiti has transformed his doctoral research at Brown University into folk songs in an effort to bring these stories to a broader audience. Alongside Aoyama, a fellow PhD student at Brown whose family was incarcerated at Heart Mountain, Wyoming, one of the 10 Japanese American concentration camps, No-No Boy aims to shine a light on experiences that have remained largely hidden in the American consciousness.