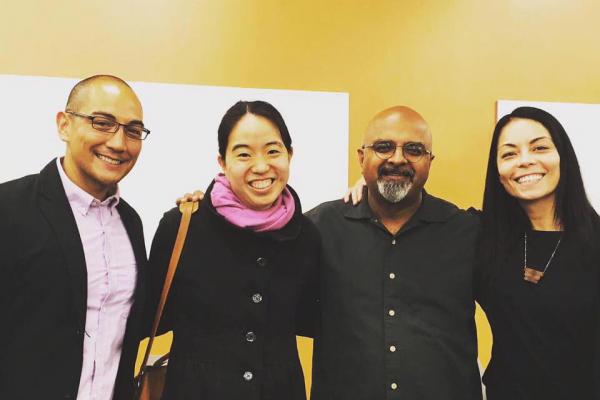 From leading a rally against former President Donald Trump’s travel ban on Muslim countries at the Columbus airport in 2017 to spending his free time chanting Hindustani classical songs, Pranav Jani said his new role as director of Asian American studies at Ohio State this semester is close to his heart.

Jani, an associate professor in the Department of English who specializes in postcolonial and ethnic studies, said it’s crucial to push for visibility of the Center for Ethnic Studies at Ohio State, which focuses on research and teaching in the history, culture and underrepresentation and oppression of ethnic minorities. He said the field should be required education for every student, especially after a summer of protests against racism and police violence against Black people.

“What is our responsibility to fight racism and white supremacy? What does it mean to do that? How have people done it in the past? What are the debates they had? About working within the system, overthrowing the system? Abolition is not just a phrase that came now. It’s been a part of the struggle for a long time,” Jani said. “But specifically, in ethnic studies and Asian American studies, how do we understand racism and white supremacy in terms of Asians?”

Jani said during the civil rights movement in the 1960s, students of color across the country demanded representation not only in their schools’ faculties, but in the curriculums. It was out of this desire, he said, that ethnic studies was developed.

Jani, whose parents emigrated from India, said his interest in post-colonial studies first piqued in graduate school, when he found excitement in studying the literature and history of his ethnic culture.

“The turn to literature and humanities came out of this sense that when we look at writing, culture, poetry and song,” Jani said. “On one hand, it expresses what a lot of people are going through so well, but on the other hand, it does it in a way other people can also, through that window, learn something on a deep level as to what those issues are.”

Jani said he hopes students can become interested in learning about their heritage. He said he envisions the center to have a robust social media presence and a broader profile at Ohio State in semesters to come.

As far as curriculum, Jani said he wants to focus on eradicating anti-Black racism and building solidarity with the Black community by examining a linked history with the Asian American community of struggle and oppression. He said he doesn’t want it to be the only time Asians talk about their communities and wants to incorporate historical issues of imperialism and immigration.

In his role as director of Asian American Studies, Jani said he hopes to ultimately help the center become a full, self-sustaining department, but it needs not only student support, but university support.

“Asian American students themselves need to see the value of it, but the university also needs to protect it as something that we shouldn’t have to worry about funding,” Jani said. “If right now, the university says we have anti-racism statements, there should not be a moment where ethnic studies will falter or is weaker for lack of funding.”

This information is from an article first published in the Lantern on January 26th, 2021.