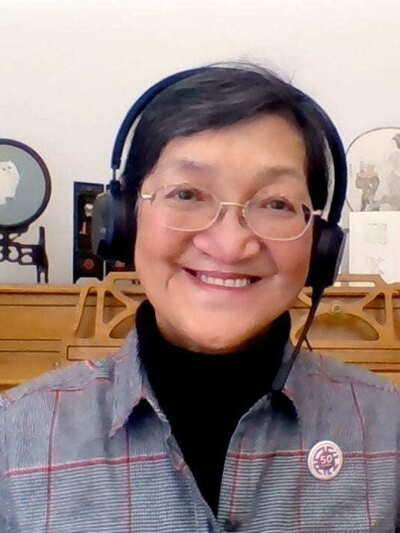 My paternal grandpa was a "paper son" when he landed in Vancouver ("Saltwater City"), Canada, in 1919. Like thousands of Chinese before him, for the privilege of stepping onto Canadian soil, he had scraped and begged and borrowed to pay the $500 head tax exacted from every "heathen Chinee". (Thank heaven and earth a $1000 head tax was only discussed and not enacted!) Here, north of California, is yet another "Gold Mountain" where grandpa and dad alike savored "married bachelorhood" at the prime of life. Us formerly "fatherless" kids grew legs and wings in the heart of Chinatown: city within a city, live chickens gawking and squawking at passers-by, firecrackers and lion dancers extolling the Chinese New Year, heaven and hell on earth, the sights and sounds and smells and tales there encountered spurring some of us to greater curiosity to capturing and presenting the life and times of North America's early Chinese. A full-fledged linguist now, my research lets me peck and scratch for bygone kernels, linguistic roots, put down by early Chinese like my grandpa, like my father, settlers building early Chinatowns, laying down the tracks for future souls, while making "Gold Mountain" their new home.